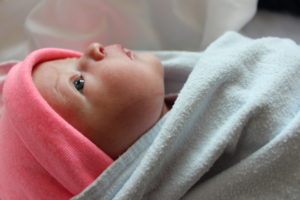 Fertility issues can be a very exciting and stressful time in a women’s life, from conception, to birth and all the changes the body goes through.  Infertility treatments are a modern day science, and with modern day technology advancing so quickly we still need to keep our bodies strong and able.  Western science alone is just not enough.  We need to look deeper into the body and treat the root cause, not just the branch issue.  Most women who have reproductive issues are usually advised to look into alternatives, like Traditional Chinese Medicine and Acupuncture.  Usually these women have failed one or more attempts of IVF (In-Vitro Fertilization), therefore something else needs to be done to help in the success of their treatment.  Acupuncture allows your body to shift from infertile to fertile by helping your body to ‘move’ in the right direction.  Qi and blood needs to flow properly within the body and if there is a blockage, then the body becomes less efficient.  If IVF is a part of your plan then the body needs to be in optimal health; acupuncture works to restore that flow of Qi.  Our treatments have a calming and restorative effect that can increase a sense of well- being.

Acupuncture, when used in conjunction with Western fertility treatments increases conception rates by 26%. A report from Tel Aviv University states, “When combining IUI with TCM treatments, 65.5 percent of the test group were able to conceive, compared with 39.4 percent of the control group, who received no herbal or acupuncture therapy.” For the millions of  couples experiencing infertility each year, acupuncture may be just what the doctor ordered!

Our goal from a Chinese Medicine perspective is to get you pregnant, stay pregnant and to have a healthy baby.  We can help by nourishing the body, we can remove general muscle aches in the lower back as the baby grows, constipation, stress and anxiety and last but not least we offer induction treatments.  Sometimes your baby wants to stay a bit longer in the comfort of your belly, we use special points on the body to get the baby moving down the birth canal.  We can even help turn your baby turn from breech position.

Some statistic on IVF in Canada:

In 2012, the most recent year for which statistics are available, a total of 27,356 cycles was reported at Canada’s 32 IVF centres. These cycles resulted resulted in 5971 live births. (source: Canadian Assisted Reproductive Technologies Registry – CARTR)

The rates of pregnancy and live birth in Canada’s 32 fertility clinics are on par with other national registries.

Canadian Assisted Reproductive Technologies Registry (CARTR) is a registry where IVF clinics in Canada send their yearly results for compilation into a national average.

In all provinces except Quebec IVF treatment is not covered by the provincial health plan. In August 2010, the Quebec government began funding up to three rounds of IVF treatment for couples, with the proviso that only one embryo be transferred at a time. The aim of this is to reduce the number of multiple births, which bring higher risk than “singletons”. Early results from Quebec are promising, showing a decrease in twins from 27.2 per cent to 5.2 per cent in the first 6 months of government funding.

Infertility affects 10-15% of reproductive age couples, and the incidence increases rapidly in women after the age of 40.

In 2007, the government of Quebec challenged Canada’s Assisted Human Reproduction Act arguing that healthcare was a provincial matter. Among other things, the Supreme Court ruled that several key powers, including regulating fertility clinics, would now fall under provincial jurisdiction. A ban on the purchase of sperm, eggs, embryos and surrogacy remains.

In 2012, 32 of 33 Canadian assisted reproductive technology (ART) clinics participated in the Canadian ART Register (CARTR). A total of 27,356 cycles was reported to CARTR, resulting in 8096 clinical pregnancies and at least 6017 deliveries, 5971 live births, 5031 singleton live births, 3921 healthy term singletons, 945 multiple births (including 26 triplet births), and 6988 infants, 27% of whom were from multiple gestations. Birth outcomes were unknown for 462 ongoing pregnancies (7.1%).

The number of ART cycles performed in Canada increased by 14% in 2012 compared with the previous year. In IVF/ICSI cycles, the multiple birth rate was reduced by 4 percentage points compared with 2011, with little change in the clinical pregnancy and live birth rates. In donor oocyte and FET cycles, the multiple birth rates were similar to those of 2011, while the clinical pregnancy and live birth rates stayed about the same in donor oocyte cycles and increased in FET cycle